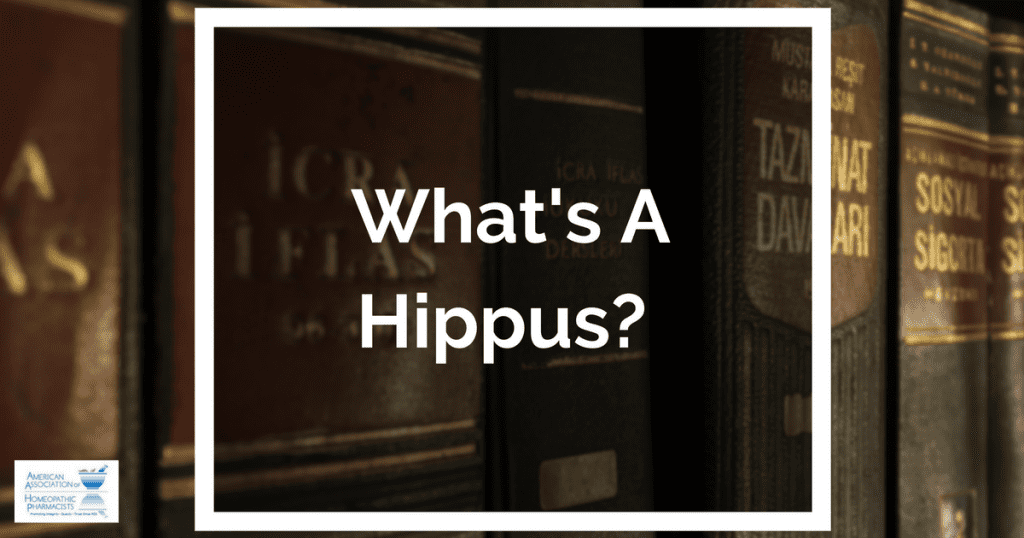 Like other over-the-counter drug communities, the homeopathic industry spends thousands of hours each year researching and reviewing the effectiveness and safety of ingredients to be used in homeopathic remedies. All of this work goes into the Homeopathic Pharmacopoeia of the United States (HPUS), the reference book for the Identification, Quality Standards, and Production Methods for homeopathic starting materials. The significance of this document is that any substance included therein is officially recognized as a homeopathic active ingredient by the U.S. Food and Drug Administration (FDA).

The HPUS was originally published by the American Institute of Homeopathy in 1897, although its antecedents extend back to the mid-1840s. In 1980, the Homeopathic Pharmacopeia Convention of the United States (HPCUS) was incorporated to manage revisions to the HPUS. The document went through eight hardbound editions during its first 90+ years. It was updated annually for the next 15 years, published during this period as three thick loose-leaf binders. The HPUS became an online subscription service in 2005.

Despite its longstanding status as an essential document to guide the homeopathic pharmacist, the pharmacopeia itself is not a reference to indications for use. Nor is it a premarket approval mechanism for specific products. Additionally, the U.S. FDA acknowledges that active ingredients need not be monographed in the HPUS. However, if they are not, it is the burden of the manufacturer or marketer to provide sufficient proof that the non-monographed substance is actually a homeopathic active ingredient.

All homeopathic manufactures and practitioners should regularly check the HPUS online landing page (www.HPUS.com) for updates on added monographed substances and new quality control test information, as well as new guideline documents that affect the production of homeopathic medicines.

Of particular note are two recently added documents. The Guidelines for Manufacturing Homeopathic Medicines, posted in Spring 2014, will replace the General Pharmacy section and the Classes of Manufacture section on March 31, 2017. This new guideline document greatly expands information found in the former documents. The Expanded Labeling Guidelines was posted in Spring 2015 and also has an official implementation date of March 31, 2017. This document contains significant changes regarding labeling, especially for products that combine more than one homeopathic active ingredient.

It is truly amazing how much time and effort goes into such updates, which are undertaken largely by volunteers. In fact, the HCPUS is staffed almost exclusively by volunteers, with just two part-time contract positions. It is estimated that approximately 4,500 volunteer hours per year go toward making the HPUS the dynamic document it is today.

In the second week of April 2016, many of these volunteers will assemble for the HPCUS annual meeting. The Board of Directors’ agenda includes a revised Homeopathic Good Manufacturing Practices document, a Stability and Shelf Life Guidelines document, additional new monographs, and suggested changes for OTC attenuations based upon recently reviewed toxicity and side effect information. Check for a report on the convention in the May issue of the NetworkNews.

So, what is a “Hippus”?  Just another way to pronounce “HPUS.”