AAHP, along with the global homeopathic community, is shocked and saddened to learn of the tragic and untimely death of Dr. Peter Fisher. A champion of homeopathic medicine, Peter was the director of Research at the Royal London Hospital for Integrated Medicine, Europe’s largest center for integrative medicine. He was also Physician to Her Majesty Queen Elizabeth II, who he served for 15 years. 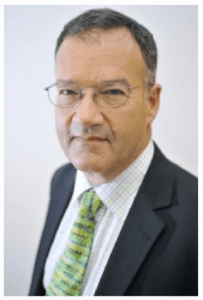 In addition to his brilliance, his benevolent manner and steadfast voice for the industry adds to what made Dr. Fisher an extraordinary leader. AAHP was honored to have him accept our invitation to present testimony twice in 2015 — first at the U.S. Food and Drug Administration’s public hearing and later at the Federal Trade Commission’s workshop on homeopathy. You can view Dr. Fisher’s elegant presence in this video talking about how he became interested in homeopathy: https://bit.ly/2ODXBZE

Prior to his most recent position, Dr. Fisher was the Honorary Consultant Rheumatologist at King’s College Hospital. Greg White, chief executive for Faculty of Homeopathy in London where Dr. Fisher served as president, highlighted a few of his many achievements:

“A graduate of Cambridge University and a Fellow of the Royal College of Physicians and the Faculty of Homeopathy, he was a widely published expert in rheumatology and forms of complementary and alternative medicine. Dr. Fisher chaired the World Health Organisation’s (WHO) working group on homeopathy and was a member of WHO’s Expert Advisory Panel on Traditional and Complementary Medicine. He was awarded the Albert Schweitzer Gold Medal of the Polish Academy of Medicine in 2007.

It is no exaggeration to say that in Peter we have lost an irreplaceable talent, a giant in all his fields of professional endeavor — as a clinician, a researcher, an academic and a champion of medical homeopathy. The loss is huge to his family and our community.”

Dr. Fisher was 67. London news outlets reported he was fatally injured in a collision with a truck while on his bike on Aug. 15, 2018, near the hospital in which he worked. It was National Cycle to Work day. AAHP extends its deepest condolences to Dr. Fisher’s family and friends during this difficult time.

“I had a wonderful chance to meet Dr. Fisher in person when he provided a small group with a tour of the Royal London Homeopathic Hospital. The warmth of personality and the generosity of his time were a delight to experience. He provided us with a depth of background information as well as his personal experiences with the use of homeopathic medicines in a hospital setting. I felt like I had been invited into his home and he warmly hosted me for the afternoon. I, and so many others, also enjoyed his warmth and humor when he presented at the 2015 FDA hearing, bringing that two day session to a close.”

Jay Bornerman, Chairman and CEO of Standard Homeopathic Company and Hyland’s Inc., is saddened by the news:

“Peter was outspoken, funny, dedicated, tireless and most importantly ‘right.’ His death is a significant blow to global homeopathy. Peter was at the center of the global research agenda, and a key figure in the communication of homeopathy to ‘big science.’ More importantly, he was my friend. I, we, will miss him dearly.”

A memorial to mourn the loss of Peter and celebrate his life is planned at Faculty Congress in Liverpool, Oct. 11–14, 2018. Further related announcements will be posted on the Faculty’s website: www.FacultyOfHomeopathy.org.